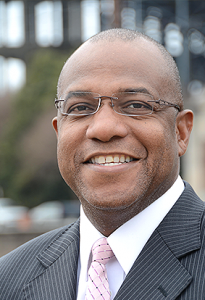 Born in Birmingham, Alabama; Bobby Humphrey spent many fall Saturdays working as a concession vendor during University of Alabama football games at Legion Field, while dreaming of playing for the Tide. Bobby’s dreams came true in 1985 after piling up 7000 total career yards at Glenn High School; he received a scholarship to UA, and became one of America’s top collegiate running backs.

The 6’ 2” 190 pound halfback set many University of Alabama Football career records during his tenure there. Some included: Most 100-yard and 200-yard games, most kicks returned, most yards returned, and all-purpose yards. He earned All-American honors during his sophomore and junior years in addition to being named to the All SEC teams those years. He was later named to the Alabama All-Century and Team of the Decade (1980’s) teams as well. Bobby was also a candidate for the Heisman trophy during his junior year.

After an injury that sidetracked his senior year, Bobby was chosen by the Denver Broncos during the first round of the supplement draft. In 1989, his rookie year, Bobby became the first Bronco rookie running back in franchise history to rush for more than 1,000 yards. He was rewarded for his tremendous efforts during the 1989-1990 season with a trip to the Super Bowl and AFL Rookie of the Year; the following year he was selected for the Pro Bowl. In 1992, he was traded to the Miami Dolphins, where Bobby was the team’s leading receiver.

Bobby’s life after football has been just as stellar, he was hired as the 1st Head Coach of the Birmingham Steeldogs Arena Football 2 team. In 2004, was inducted into the Alabama Sports Hall of Fame.

“Hump” (a nickname given to him by his fans), through his job and community interests; is able to reach youth groups around the region spreading his message of positive goal-setting and making good decisions in life choices. Bobby and his wife, Barbara have 5 children and live in Birmingham, where he works for Bryant Bank. He is very active in church and manages Speed City Track Club. His best advice is “Change is possible through a relationship with Christ.”