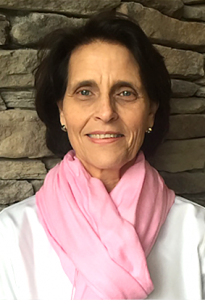 Helen Massey graduated from Livingston University (now University of West Alabama) in 1973 with a major in Physical Education/Health and a minor in Biology. Helen grew up in Choctaw County, Alabama and loved playing sports, although there were no sanctioned sports for girls at the time. After graduating from Livingston, Title IX was passed, and girls finally had the opportunity to play competitive sports. Helen’s time to play was over, but she jumped at the opportunity to coach high school sports. She started by teaching PE and coaching girls basketball at Patrician Academy in Butler while her husband, Ronny, finished his final year of football eligibility at Livingston. In 1974, Ronny and Helen moved to Huntsville where she started the first girls basketball team and coached tennis at S.R. Butler while teaching biology and PE. After two years, Helen and Ronny moved to Thomasville to teach and coach. Helen coached volleyball, basketball, and track from 1976 to 1980. The Massey family then moved to Citronelle in 1980 when her husband Ronny became the head football coach. Over the next five years, Helen coached a variety of sports at Satsuma High, Mary Montgomery High, and to Citronelle High in 1985 where Ronny and Helen would spend the next 15 years. During that time, Helen coached volleyball, basketball, softball, track, tennis, and cheerleaders.

During Helen’s 20 years of teaching and coaching in Mobile County, she produced winning teams with many of her teams making deep playoff runs. Helen served as President of the Mobile County Girls Sports Association for several years and played a key role in giving girls equal footing in high school sports. Ronny and Helen returned to Huntsville in 1999 where Ronny became the Head Football Coach at Grissom and Helen the volleyball coach at Buckhorn. Her Buckhorn teams had banner years making the Elite Eight for the first time in school history. Helen retired in 2004 and now enjoys volunteering at her grandsons’ school.

Helen continues to enjoy the process of teaching and coaching students to become healthier and better citizens. Helen is extremely proud to be a part of the groundbreaking work that led to the advancement of girls sports in Alabama. Helen and Ronny were married for 38 years until his death in 2010. Helen and Ronny have two children: Matt and Katie. Matt is married to Jenny, and they live in Huntsville with their two sons (Cooper and Tucker) and daughter (Jessie.) Katie lives in Boulder with her husband, Matthew.