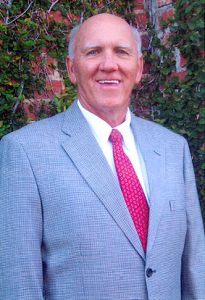 He serves on the Public Safety and Homeland Security Committee and Government Operations Committee. One recent accomplishment he cited during the current term is the introduction of a bill protecting the rights of grandparents to see their grandchildren when parents are no longer married.

Shiver was chairman and board member of the North Baldwin Chamber of Commerce and received the chamber’s “Volunteer of the Year” award in 2002. He is also a member of the Masons and Scottish Rite, on the board of directors of the Retired Seniors Volunteer Program, chairman of the patrons of Bay Minette Middle School and a member of North Baldwin Sheriff’s Rescue Squad. He is former volunteer with the Boy Scouts of America and United Way.

He was named to the Baldwin County High School Athletic Hall of Fame and the Bay Minette Middle School Hall of Fame.

Shiver is a certified hunter safety instructor and a member of the state organization for hunter safety. He is a member of the Fort Mims Historical Society. He is Southwest District Director of Fast Pitch Softball for Alabama High School Athletic Association and officiates high school basketball. His hobbies include hunting, fishing and golf.

Shiver and his wife, Jean, live in Bay Minette. They have one daughter, Julie Shiver Jackson of Spanish Fort, son-in-law, Donald Jackson and grandson, Miles Jackson.